Excerpt from the article. “Mysterious radio wave flashes from far outside the galaxy are proving tough for astronomers to explain. Is it pulsars? A spy satellite? Or an alien message? BURSTS of radio waves flashing across the sky seem to follow a mathematical pattern. If the pattern is real, either some strange celestial physics is going on, or the bursts are artificial, produced by human – or alien – technology.”…….. To read the full article go to http://www.newscientist.com/article/mg22630153.600-is-this-et-mystery-of-strange-radio-bursts-from-space.html?full=true#.VR63V5Nka1B

Courtney Brown says this is – “The Most Important Announcement Ever Made…” Farsight Planet 2014: Great Pyramid of Giza

EDIT. 6:30 PM March 15, 2014. Earlier today Courtney said that he would release the second and third component of the announcement later today.
He has changed his mind and now on FB he says that he will wait for the dust to settle before releasing those components. Link to his FB is below.
Also there is more below in comments.
* http://farsight.org/
Implications Postings
* http://www.farsight.org/ImplicationsPostings.html
Paste this in your browser. facebook.com/CourtneyBrownPhD

UFOs, Aliens, and the Question of Contact full length

This is the best video on this subject that I have ever seen and imo a must watch!

Thanks to Martijn for finding it.

Citizen Hearing on Disclosure: ET Believers To Get Congressional-Style Grilling From Former Lawmakers

……………. but now, four former lawmakers are about to open up the discussion to a congressional-style grilling.

The former federal legislators will convene in Washington, D.C. later this month and hold a serious meeting on the subject, called the Citizen Hearing on Disclosure. They’ll hear some 30 hours of testimony from researchers, military personnel and witnesses, all claiming to have proof of alien life.

Don’t worry, taxpayers, this isn’t an official meeting at the public’s expense. But it’s meant to focus public opinion.

The man organizing this event — Stephen Bassett of the Paradigm Research Group — is essentially a lobbyist for extraterrestrial issues.

To read the full article go to 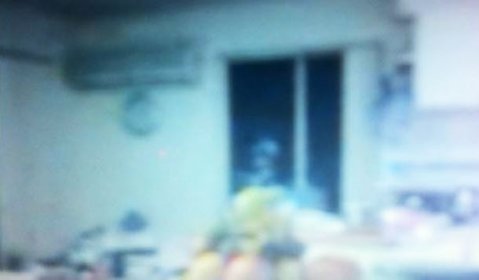 While checking her baby monitor, an Australian woman was horrified to discover what she believes was an extraterrestrial peering through her back window on Sunday night, and she snapped a photo to prove it.  END_OF_DOCUMENT_TOKEN_TO_BE_REPLACED